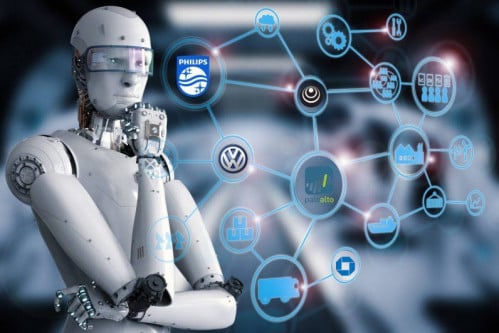 A quarter of Europeans want artificial intelligence to replace politicians

According to the latest survey, a quarter of Europeans want "important political decisions made by artificial intelligence (AI) instead of current politicians."

The survey was conducted by the Career Management Center, IE University, Spain.

Accordingly, elected politicians are being "fed up" by the people, who tend to want AI to run the government.

AI supporters amount to 25% across Europe, one third in the Netherlands, the UK and Germany. These figures remain unchanged despite diverse surveys at different educational levels or different genders.

According to Russia's RT channel, the survey shows that even if there is concern about losing jobs by AI, Europeans are still not out of aversion to current politicians.

According to the survey, two-thirds of Europeans of all ages believe that if not properly controlled, new technologies will have a negative impact on society in the next decade. About three-quarters of respondents supported strong measures to limit automation.

Robots that threaten the labor market are not new. Researchers have found that most Europeans are worried about losing their jobs to the robot. They believe that their educational foundation is not enough to help them keep up with the pace of technology development, or compete with robots in the labor market.

In particular, the survey also showed that more than half of the respondents in all European countries, except Portugal and Spain, support the prohibition of "Islam and political ideologies" content on social networks, to protect democracy.