Animals can be divided into two main groups: 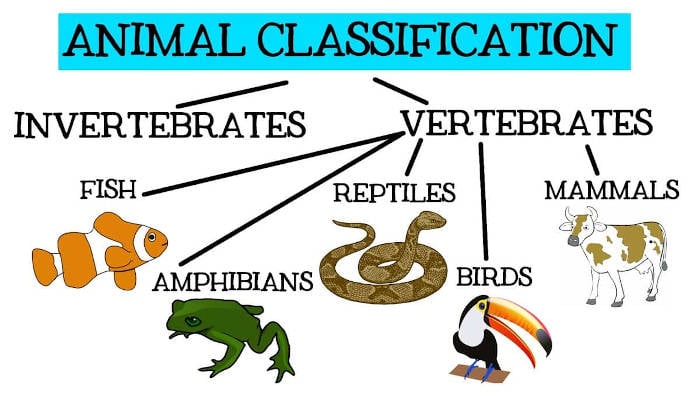 Invertebrates are all animals that neither possess nor develop a vertebral column (commonly known as a backbone or spine), derived from the notochord. 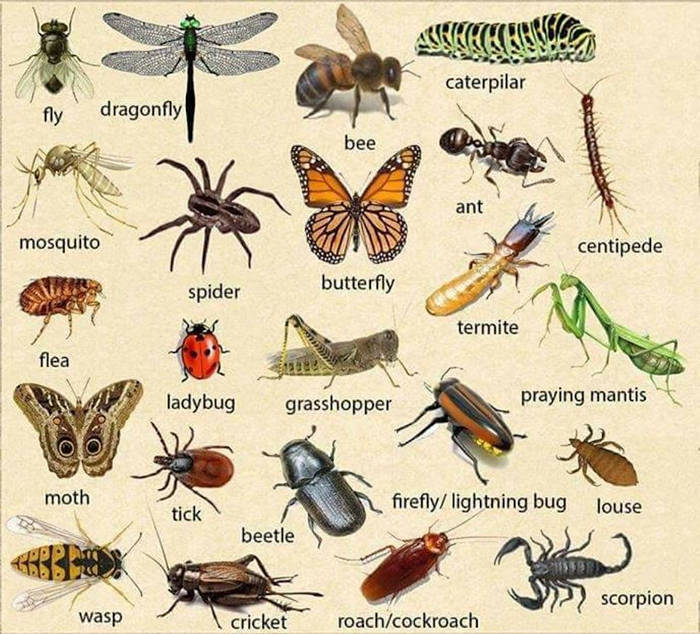 Vertebrates comprise all species of animals within the subphylum Vertebrata (chordates with backbones).

Vertebrates represent the overwhelming majority of the phylum Chordata, with currently about 66,000 species described. Vertebrates includes the jawless fish and the jawed vertebrates, which include the cartilaginous fish(shark, rays and ratfish) and the bony fish.

Vertebrates make up less than five percent of all described animal species; the rest are invertebrates, which lack vertebral columns.

Vertebrates can be subdivided into 5 major groups:

Mammals are any vertebrates within the class Mammalia, a clade of endothermic amniotes distinguished from reptiles (including birds) by the possession of a neocortex (a region of the brain), hair, three middle ear bones and mammary glands. Females of all mammal species nurse their young with milk, secreted from the mammary glands.

Birds (Aves) are a group of endothermic vertebrates, characterised by feathers, toothless beaked jaws, the laying of hard-shelled eggs, a high metabolic rate, a four-chambered heart, and a strong yet lightweight skeleton.

All birds have feathers and birds are the only animals that do.  The feathers on a bird’s wings and tail overlap.  Because they overlap, the feathers catch and hold the air.  This helps the bird to fly, steer itself and land.

Fish are the gill-bearing aquatic craniate animals that lack limbs with digits. Fish are an important resource for humans worldwide, especially as food. They are also caught by recreational fishers, kept as pets, raised by fishkeepers, and exhibited in public aquaria. Fish have had a role in culture through the ages, serving as deities, religious symbols, and as the subjects of art, books and movies.

Amphibians are ectothermic, tetrapod vertebrates of the class Amphibia. Modern amphibians are all Lissamphibia. They inhabit a wide variety of habitats, with most species living within terrestrial, fossorial, arboreal or freshwater aquatic ecosystems

Reptiles are tetrapod (four-limbed vertebrate) animals in the class Reptilia, Reptiles are a class of animal with scaly skin.  They are cold blooded and are born on land. Snakes, lizards, crocodiles, alligators and turtles all belong to the reptile class.